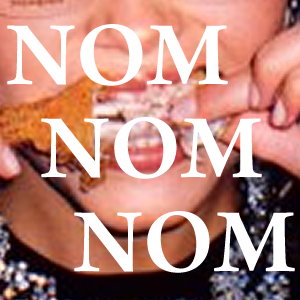 The Proper Role of Government is to Protect Equal Rights, not to Ensure Equality

This isn’t part of my usual series on LGBT Lessons for Straight People. It’s my own personal commentary on the Iowa GOP Platform. A while back, Jay posted comments about the Texas GOP Platform. Well, I have news folks. The Republican party is pretty much the same everywhere. And it’s not just “homosexuals” that they want erased. Don’t believe me? Check this out for yourself. I had to restrain myself from publishing the entire document. If you don’t want to keep reading, here’s the summary.

LGBT Lessons for Straight People: Ridicule and Oppression is not Tolerance.

The National Organization for Marriage, with its key speakers Brian Brown, Maggie Gallagher and Louis J. Marinelli III, are touring the country.

Their rhetoric has changed and I am the first to admit that there must be a genius, albeit it one without morals, on their team. They tried, and succeeded, in taking away marriage from California and Maine by telling lies.

If you haven’t heard of Maggie Gallagher, you aren’t gay. Maggie Gallagher was the face of the National Organization for Marriage, a group that has poured millions of dollars into a battle to prevent the legalization of same-sex marriage. Now, NOM is on tour this summer, the Summer for Marriage Tour. Today, July 14th, is their first stop in Augusta, Maine.

The Today Show recently changed the rules of their wedding contest to allow same sex couples to enter. This change came about pretty quickly through civil discussions and reminders that same sex marriage is legal in several states. While it is not legal to get married in New York, New York will recognize a same sex marriage performed in a different state.

You Have the Right to be Fired

LGBT Lessons for Straight People: What Do You Tell A Seven Year Old About Homosexuality?

Representative Ike Skelton from Missouri is against the repeal of Don’t Ask Don’t Tell (“DADT”), which bans service in the military by openly gay people, because he doesn’t want to open a national dialogue about homosexuality. Specifically, he doesn’t want to have to force families to explain homosexuality to their children. Setting aside the absurdity that repealing DADT will come up at the dinner table with our children, let’s talk about the real issue here. Homo-ignorance.

I am dangerous for believing in LGBT Equality.

LGBT Lessons for Straight People: The Quota System for the Right to Marry

Like many others, I have been following reports from the courtroom of Judge Walker. I’ve really appreciated the highly detailed reporting at Empty Wheel from Fire Dog Lake.

ARE YOU SPEAKING? Information on How to Speak Out.

Lady Gaga asked President Obama at the National Equality March “ARE YOU LISTENING?”

I ask you. “ARE YOU SPEAKING?”

“…said the House is set to pass bills to provide health coverage for the same-sex partners of gay federal workers and to protect all gay and transgender employees from job discrimination. They said they expect a domestic partner benefits bill to come up for a vote by the end of the year and the employment bill to reach the floor early in 2010.

Baldwin and Polis said they are also confident that the House will include a provision in the military spending bill to repeal the Clinton-era “Don’t Ask, Don’t Tell”, which prohibits LGBT people from serving in the U.S. military.”